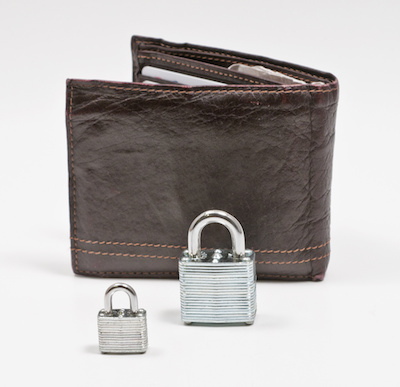 Far too often, we see news items that state, “money is an entitlement”.  We see this mentality in families where children are paid an allowance for no effort expended. These children act as if they are entitled to toys and video games. Does this sound familiar? If you are looking to change this behavior in your life, here are some suggestions on how to deep-six the entitlement mentality—starting right at home.

Make Money by Earning It

In an honest world, we make money by performing tasks for employers, or as an independent contractor. The family environment can work the same way. Paying an allowance for nothing in return reinforces the sense of entitlement. The solution is to assign tasks so that money can be earned.  Children can do dishes, make beds, mow lawns, shovel snow, vacuum and dust…and they can be paid very nicely for doing these chores.  They will have accomplished something for pay, thereby earning their reward. The next question is, ‘what should they do with this money’?

The Power of Compounding

A portion of the child’s earnings should be saved in order for them to begin to understand the power of compound interest. To illustrate the concept, $100 earning 5% interest annually results in a balance of $105. During the second year, interest is earned on $105, rather than the original $100, bringing the total to $110.25. In the third year, interest is earned on $110.25…and so on.  The numbers can get huge over time because you are earning interest on the interest. Since time is the most important element in compounding, it is a very powerful idea for children to understand. It is the only mathematically proven method to produce a fortune. When a child learns how this concept really works, and assuming they have the discipline to follow through, they will become wealthy. Is there a flip side to compounding?

The Ugliness of Debt

Debt is an expensive proposition. There are two types of people in this world: people who pay interest and people who receive it. When you are thinking about debt, rather than looking at the interest rate, you should look at the total amount of interest you will have to pay over the lifetime of the loan. When you see that, it suddenly dawns on you how expensive borrowing money really is. For example, $100,000 borrowed on a 30-year mortgage at 6%, will result in $116,000 in interest being paid to a bank.  After 30 years, you are out $216,000 for a house that cost less than half that. That is a lousy proposition.

So what do you do? The tough answer is: you rent until you have enough money to buy. And you buy small—not large.  There is a way to become your own banker where you pay yourself the interest rather than a bank. It takes a few years to capitalize your bank; thereafter, you will not be paying interest to a lender other than yourself. This will be a topic for a future posting.

When Should You Borrow Money

Perhaps the only really good reason to use debt is to finance a business or a productive asset. And then, you have to be sure the asset generates a return greater than the cost of the debt. The only way a house is a productive asset is if it produces rent from someone living in it.